As a young man, at the age of 22, Larry assisted Walter B. Emery on the survey from Wadi es-Sebua to Adindan necessitated by the second raising of the Aswan Dam. During the course of that work, the team recognised the significance of, and excavated, many of the tumuli at Ballana and Qustul with amazing results. 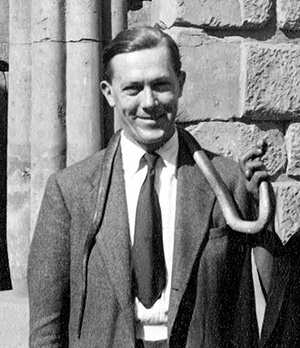 Here were the final resting-places of kings, queens and princes, their status unambiguously attested by the presence of their crowns still on their heads. They were buried with a mass of grave goods in barbaric splendour accompanied by a wide range of sacrificial victims, humans among them.

The culture to which these burials belonged was to prove a life-long passion for Larry and he wrote, right up to the time of his death in April 1999, a large number of erudite papers devoted to the X-Group and the arrival of Christianity in the region in the 5th and 6th centuries. Larry went on to excavate the slightly less grand but contemporary elite burials at Kosha and Firka in Northern Sudan in 1934-5, the results being published in 1939.

In the winter of 1935-6 he was active at Kawa where he was the archaeological field director on the project led by M.F. Laming Macadam. Laming Macadam collated the inscriptions and reliefs recorded by Griffith in 1929-31, while Larry excavated houses and a temple garden. This work was published under Larry’s own name in Macadam’s The Temples of Kawa. History and Archaeology of the Site in 1955.

The advent of the Second World War took Larry away from direct involvement in fieldwork. However, as President of the British Institute in Eastern Africa, he was to play a pivotal role in the return of British archaeologists to Sudan. 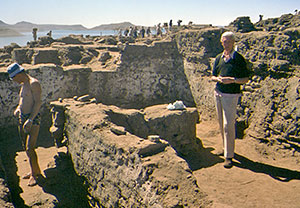 It was through his initiative that work began at Soba East, the capital of the Medieval Kingdom of Alwa in the winter of 1981-2, the survey and trial trenching directed by Charles Daniels and the excavations by Derek Welsby. Over the next decade the excavations at Soba were to provide an introduction to Sudanese archaeology for many of those UK-based archaeologists working in the region today.

Larry was a key member of the group who facilitated the birth of the Sudan Archaeological Research Society in 1991 and was its first Honorary President until his death. Although throughout that period suffering from failing eyesight he always made the effort to attend Society events and inevitably had a pertinent comment or two to make on the wide range of lectures presented. 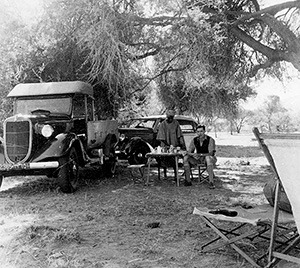 Larry was a very affable individual, perfectly at ease whether in the company of ambassadors and high government officials or in the less elevated company of young archaeologists in the field. He took life as it came and, for example, viewed with equanimity, during one of his visits to Soba, the news that his breakfast, which had been laid out on the kitchen table, had just been eaten by a rat. Another incident at Soba was the occasion of a dinner invitation from the local landowner, Hassan el-Kurdi. He informed Larry that he would send a vehicle to collect him at the appointed hour. Larry, cutting a fine figure in his tropical whites, was totally unfazed as he clambered onto the back of the tractor sent to collect him and disappeared off into the distance.

Larry is greatly missed by his many colleagues and friends, but his contribution to the archaeology of Sudan and Egyptian Nubia ensures that he will never be forgotten.