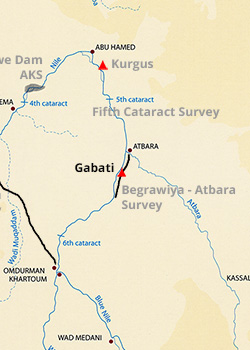 During the survey along the course of the new road from Begrawiya to Atbara a large cemetery was discovered at Gabati set right on the line of the highway. At this late stage in the planning it was not possible to re-route the road around the site.

In a rapid response to this threat, the Society, through the generosity of a number of institutions, was able to mount a single season of rescue excavation before the site disappeared for ever.

Within the three month project, over the winter of 1994-5, the team was able to excavate a total of 104 graves dating to the later Kushite, Post-Meroitic and Medieval periods.

Following on the collapse of the Kushite State during the 4th century AD, after a period of abandonment the cemetery was once again used for burial. These Post-Meroitic graves, of which 38 were identified, date between the mid 5th century and the 7th century.

By this period all the Kushite tomb monuments must have been in a very ruinous condition and the later burials take no regard of their location. 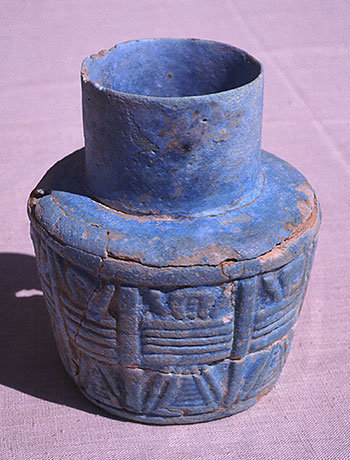